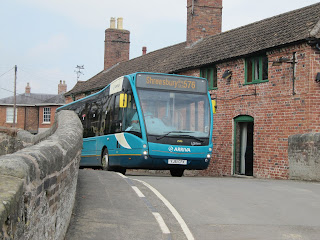 Bus Walk this Summer on the 576

The 576 is the number of the bus from Shrewsbury Bus Station to Oswestry Bus Station passing through some of the loveliest North Shropshire countryside. It is ideal for accessing short walks between villages, pubs and cafes in this scenic part of the county. During the summer, I'll be posting different short walks from the bus which are relatively easy and offer a chance to explore the area and take refreshment in each respective village. This makes for a great day out.
First up is a short pub walk between Maesbury Marsh and Queen's Head. If you are on the bus from Shrewsbury ask the driver to stop before the canal bridge at Maesbury. If coming from Oswestry the bus stops opposite a bus shelter in the village and you'll need to walk ahead along the pavement to the canal bridge. You might like to take refreshment before setting off so why not call into the Navigation pub, a very traditional hostelry serving food and Stonehouse beers as well as a traditional cider (not open Monday lunchtimes).
Otherwise cross the road with care to walk down steps to the canal towpath. Continue ahead along the path away from the Navigation pub and village. The surface is compacted at first but then becomes a green swathe which can be muddy after wet weather. 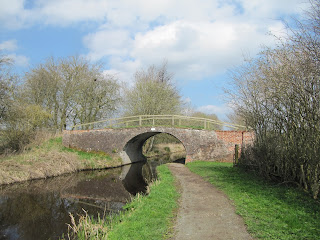 The canal features date from the 1790s and reflect a tine when the waterways were important in transporting goods to and fro from rural areas. In this case, the quarries at Llanymynech were vital to the survival of this particular navigation. You'll pass by a series of locks where there are views across to nature reserves and water reservoirs. 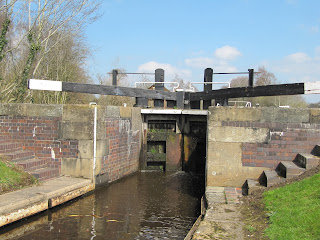 The final stretch is along a wider track past an old canal house and under the A5 to the hamlet of Queen's Head where lo and behold there's a pub of the same name offering refreshment all day so it does not matter what time you arrive in the afternoon. Beers are usually from Stonehouse brewery plus a guest from elsewhere. Time for a welcome break! 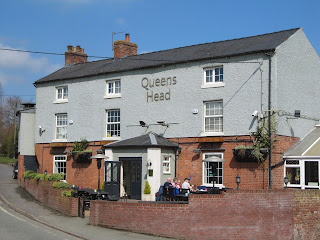 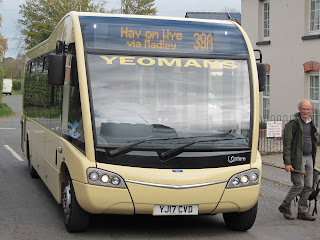 Three good reasons to hop on the Hay Ho! bus from Hereford to Hay during the Christmas break... 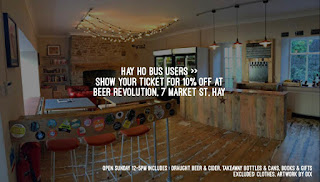 Folk Down the Track Christmas 2017 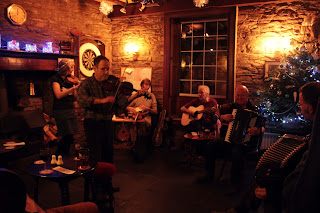 Just posted the info about the Knucklas wassail,  but forgot to mention that there'll be a great night at the Castle Inn, Knucklas on Thursday 21st December...Christmas Folk Down the Track...which is always a great night out.

Usual travel arrangements...1824 train from Shrewsbury with all stops to Knucklas and back from there at 2150 giving you over 2 hours for music, singing, dining and drinks.

Plus if anyone tunes into Radio Shropshire, I'll be a guest on the Saturday show, this Saturday at about ten past nine in the morning. No yawning...talking about latest edition of  Best Shropshire Walks.
Posted by Unknown at 11:08 No comments: 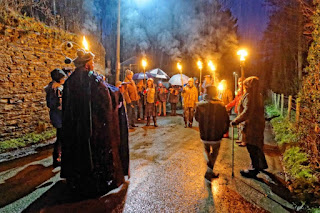 
Arriving at the Orchard for the Wassail to commence at 7.15pm.

Please bring torch or lantern, something to make a noise with (e.g. saucepan lids & wooden spoons) good singing voices and stout footwear.  The purpose of Wassailing is to awaken the cider apple trees and to scare away evil spirits to ensure a good harvest of fruit for the autumn. For more info phone Siggy on 01547 528223.

Train travellers from the Shrewsbury direction - arrive at 7.01pm (return at 9.10pm)
Posted by Unknown at 10:54 No comments: 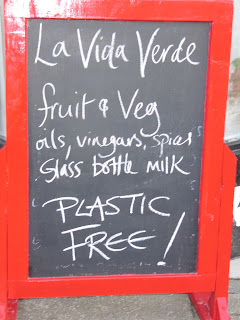 A new shop in Llandrindod Wells caught my attention today.

It is a fruit, veg and flower shop offering herbs and spices and oils and vinegars. The shop is aiming for zero plastic packaging for consumers. This is just the type of shop I'm looking for... lovely fresh produce sourced locally wherever possible and with little or no packaging.

It is located in Park Crescent on the way to Rock Park, 5 minutes walk from Llandrindod Wells Railway station and bus stops. Take a look.
Posted by Unknown at 13:23 No comments:

Dear readers...here's the latest on Folk Down the Track...a wonderful outing by train to Knucklas on the Heart of Wales line. Put it in your diary!
THE CASTLE INN KNUCKLAS


Folk Down the Track


Come along and sing a song or play a tune


It is always a great night – good food and beer!


Please come on the train if you can.


Arrives at 7.23pm from the Shrewsbury direction & returns at 9.50pm


The new owners  – Ying and Vince – wish to welcome you to the Castle Inn and hope you will have an enjoyable evening.

More Folk Up the Track! 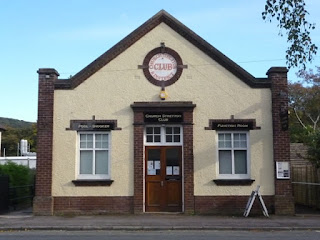 As part of Church Stretton Musicfest, on Saturday 13th May, there is a Folk Stage at Church Stretton & District Club from 4pm until 10pm. It’s only 200yds from Church Stretton railway station, and there are northbound trains after the session at 2203 and 2242; southbound at 2210. That makes it very convenient for supporters of Folk Night Down the Track.

Only £5 entrance (£3 children); this not only gets you into the folk venue, but gives all-day access to the rest of Musicfest which starts at 10am, and is in around 10 venues in the town! Purchase tickets on the day at any of the venues. That is superb value.

Only the booked performers will be playing at the event.

PS Folk Night Down the Track is working well with over 20 people down the track last time so as to enjoy the Castle Folk Club at Knucklas. Next folk evening is Thursday May 18th.
Posted by Unknown at 04:41 No comments: